Toward ultimate form of information and communication networks as social infrastructure 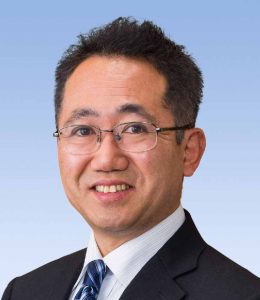 Eiji Oki is a Professor at Kyoto University, Japan. He received the B.E. and M.E. degrees in instrumentation engineering and a Ph.D. degree in electrical engineering from Keio University, Yokohama, Japan, in 1991, 1993, and 1999, respectively. In 1993, he joined Nippon Telegraph and Telephone Corporation (NTT) Communication Switching Laboratories, Tokyo, Japan. He has been researching network design and control, traffic-control methods, and high-speed switching systems. From 2000 to 2001, he was a Visiting Scholar at the Polytechnic Institute of New York University, Brooklyn, New York, where he was involved in designing terabit switch/router systems. He was with The University of Electro-Communications, Tokyo, Japan from July 2008 to February 2017. He joined Kyoto University, Japan in March 2017. He has been active in standardization of path computation element (PCE) and GMPLS in the IETF. He has authored/contributed to twelve IETF RFCs.